A Complete Guide to Comrades Marathon 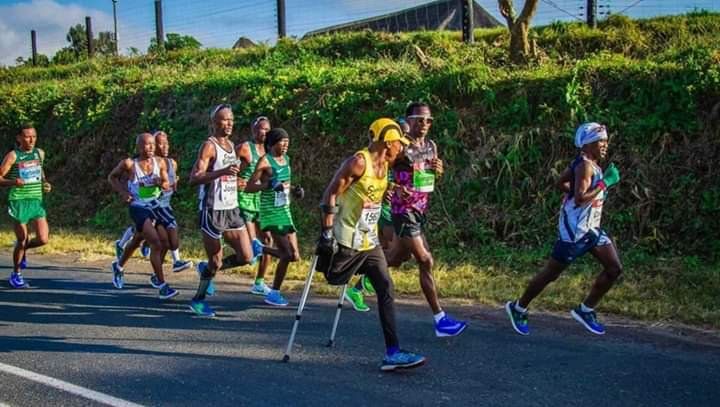 There is so much history to this ‘Ultimate Human Race’ that we decided to highlight it in a complete guide to Comrades Marathon.

This is all you’ve ever wanted to know about Comrades Marathon.

The Timeline of Comrades Marathon Events

To honour his wartime comrades Vic Clapham organised the inaugural Comrades Marathon, with 34 starters, and only 16 finishers.

Frances Hayward becomes the first unofficial female finisher. The ‘white men only’ rules mean she received no medal, so her fellow runners and other spectators held a collection to buy her a silver tea service as a prize.

Robert Mtshali becomes the first unofficial black finisher, but was unfortunately not given a medal due to the political climate at that stage in South Africa’s history.

Welcomed the first foreign runners to the Comrades Marathon. Four of the runners from The Road Runners Club of England, including the race winner John Smith.

Watching the stragglers finish, Smith commented to former winner Bill Cochrane that they were getting as much applause as he did. ‘You are now witnessing the spirit of the Comrades,’ replied Cochrane.

The ‘white men only’ rule is finally scrapped. Gabeshane ‘Vincent’ Rakabele becomes the first black runner to officially receive a Comrades medal. He finished 20th overall in 6 hr 27 min. Elizabeth Cavanaugh is the first official women’s winner, in a time of just over 10 hours.

Twenty black athletes enter Comrades, all of them finish and a staggering three finish in the top 20.

The up & coming star of Comrades, Bruce Fordyce, wins the race wearing a twisted black armband on his left arm, as a symbol of anti-apartheid protest.

The icon, President Nelson Mandela, congratulates winners at The Comrades Marathon finish line. The traditional race day May the 31st is changed to June 16th to mark the anniversary of the Soweto uprising.

Every male winner from 2009 has been a black athlete.

The Comrades route alternates each year between a ‘Down’ run and an ‘Up’ run. 2018 was a ‘Down’ year and slightly longer than previous versions at 90.18km. Comrades Marathon 2021 is once again scheduled as a ‘Down’ run.

There are more cut-off points along the route.

There is also a minimum requirement of a 5-hour marathon time to qualify.

During the 1993 race, 40 Kilometres was the distance travelled in a taxi by, a later disqualified, top ten finisher Herman Matthee.

In 1999 two identical brothers swapped places and drove between toilet stops. They were exposed when TV footage showed them wearing watches on different arms.

During race the average runner will lose… 4.5 litres of sweat and 3-5 kg of body weight.

Finally We Leave You With This

Comrades Marathon truly is a race for everyone. If you want to join team Africa Marathons as an international entrant and get hold of a blue bib, pop us an email on [email protected] or enter below.